Wabi sabi – Accepting the beauty in imperfection. Once again I have drawn inspiration from the Japanese. This time from the art of “Kintsugi”.

“Kintsugi (金継ぎ, “golden joinery”), also known as Kintsukuroi (金繕い, “golden repair”), is the Japanese art of repairing broken pottery with lacquer dusted or mixed with powdered gold, silver, or platinum. As a philosophy, it treats breakage and repair as part of the history of an object, rather than something to disguise.” ~ Wikipedia

I had the idea of adapting Kintsugi to my mixed media watercolour art work but had no idea whether the idea would work or not. It was a little daunting to create the art only to rip it up and hope that it could be re-assembled again. It would have been so much more simpler to have just painted gold lines over a solid background. But then, it would not have the same essence of Kintsugi that I was trying to capture in the mixed media form.

I love the concept of wabi sabi and look forward to doing more artworks like this in the future. 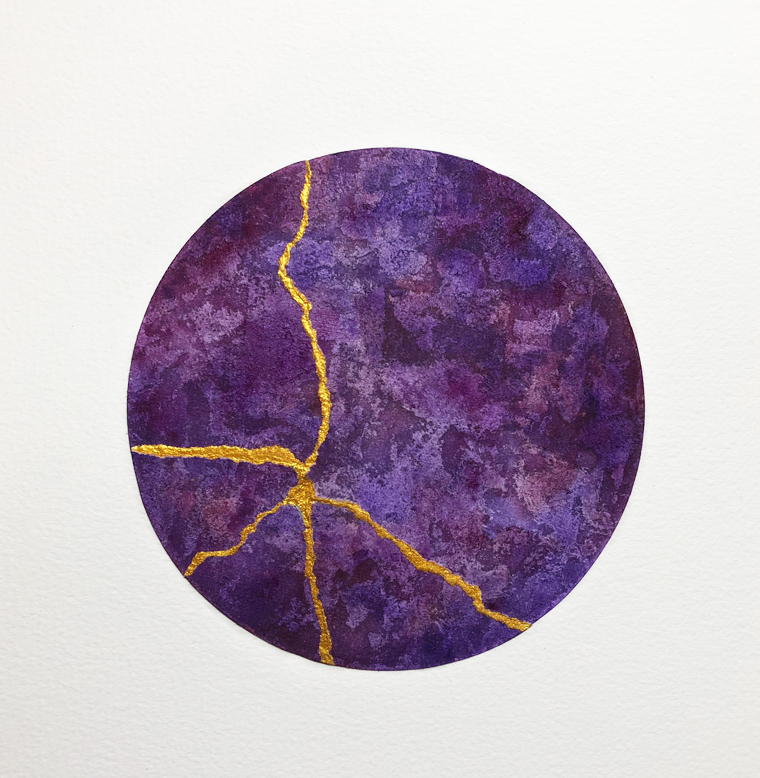 Part of a decaying wall that caught my eye in the

I’ve long had an interest in gothic architecture

Trees, imagination and me. This is what I see when